When it comes to chronic pain, men and women are not created equal. Women are over-represented in the ranks of those dealing with chronic pain.

See Chronic Pain As a Disease: Why Does It Still Hurt? 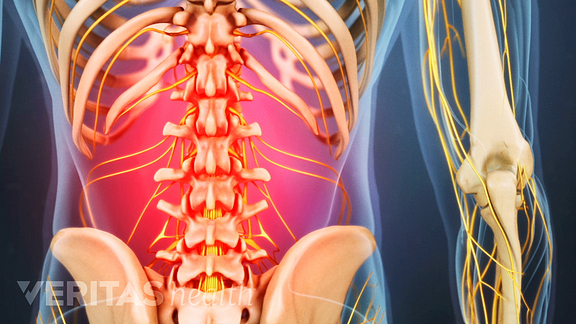 Lower back pain can be caused by a variety of problems in the lumbar spine.
See Lower Back Pain Symptoms, Diagnosis, and Treatment

Take a look at these 7 chronic pain conditions in the back, and see if the symptoms sound familiar.

Differences in pelvic structure, hormonal factors, and the impact of pregnancy are often cited to explain why women bear the brunt of chronic pain.

A relatively uncommon cause of chronic pain in women is coccydynia, or tailbone pain. Your pain can come on gradually or suddenly after an impact to the area at the end of your spine.

See Anatomy of the Coccyx (Tailbone)

The tailbone is often painful to the touch, so sitting, horseback riding, or anything that puts pressure on the area hurts. Constipation adds to the pain, but the pain is lessened after a bowel movement.

Women are 5 times more likely than men to develop coccydynia. Pregnancy-related injuries and the less-protected position of the tailbone in women are considered major reasons for the disparity.1

During childbirth, the pressure of the baby’s head against the coccyx can injure the area. One research study of women with coccydynia found a connection between the condition and births that were described as difficult.2

While coccydynia is most often caused by childbirth or a backward fall, doctors can’t always pinpoint the cause. The coccyx isn’t flexible enough to bend with pressure, resulting in injury to the coccyx, the nearby ligaments, or both.

Coccydynia affects women of all ages, but age 40 is the average age of onset. It usually goes away in weeks or months, but it can become chronic and impact daily life, preventing you from driving or bending over without pain. Rarely, coccydynia may be due to a tumor or infection. 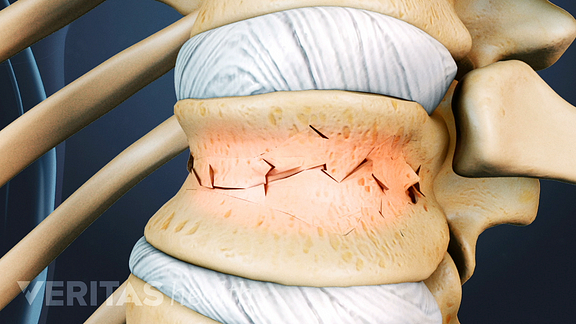 Even if you aren’t in pain, it’s best to see a doctor as soon as possible after a spinal compression fracture since the injury can limit mobility.

Degenerative spondylolisthesis results in back and leg pain

Spondylolisthesis gets its unusual name from the Latin word for “slipped vertebral body.” When one of your lumbar (lower back) vertebrae moves forward over the one below it, you have a condition called degenerative spondylolisthesis. The movement of the vertebra can irritate the nearby spinal nerve root, causing pain in the lower back and legs.

Symptoms sometimes include aching or weakness in the legs with extended walking or standing. Sitting down often eases the pain. Spondylolisthesis pain can be severe enough to limit your daily activities.

The condition is much more common in women than men, with women over-represented by a 3-to-1 ratio. Hormonal factors, differences in pelvic structure, and lower bone density in women are among potential reasons for the gender imbalance. Osteoarthritis also often plays a role in the condition, and more women when than men have osteoarthritis.3

Degenerative spondylolisthesis is most likely to develop when you’re age 50 or older. Age-related weakness of joints and ligaments makes it more difficult for your spine to stay aligned, leading to the condition.

Muscle pain, stiffness, and fatigue—often in areas known as tender points—are the hallmarks of fibromyalgia. Because the condition has an impact on the muscles, joints, and bones, fibromyalgia is classified as a rheumatic condition. If you have fibromyalgia, you may have pain in the upper and lower back, neck, and hips.

Symptoms may go away for a time, then reappear for no clear reason—sometimes in a new location. If you have fibromyalgia, you may have other conditions as well, with arthritis, depression, and irritable bowel syndrome three common coexisting conditions.

About 80% to 90% of those with fibromyalgia are women, generally between age 40 and 75. It is not clear why more women than men have fibromyalgia. Hormonal influences may play a role, since fibromyalgia is most common during the years leading up to menopause and beyond, when estrogen levels decline. 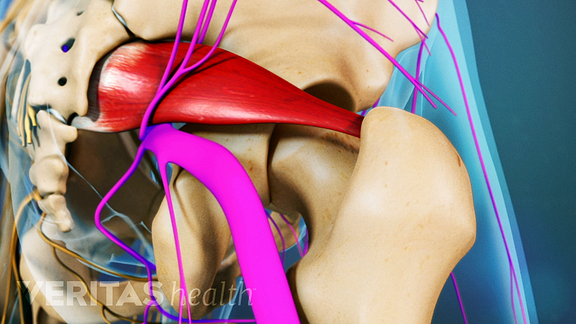 Symptoms of piriformis syndrome may include a sciatica-like pain and/or numbness in the leg.

Your piriformis muscle stabilizes your hip joint and makes walking and other movements possible by enabling rotation of the thigh. The condition known as piriformis syndrome occurs when the piriformis muscle deep in the buttocks spasms and pushes against or aggravates the sciatic nerve. The pressure on the sciatic nerve can trigger pain, numbness, and tingling all the way down your leg and into your feet, as happens with sciatica.

Other common symptoms include a dull ache in your buttocks, pain when climbing stairs or walking up a hill, and worsening pain—usually on one side of the body—the longer you sit. Symptoms usually get better when you lie on your back.

Doctors aren’t certain why more women have the condition, but differences in anatomy between men and women, especially in the pelvis, are often cited. The tendency for the pelvis to be wider in women results in a sharper inward angle of the thigh bone. Hormonal changes, especially those affecting the pelvic muscles during pregnancy, may often contribute. Pelvic changes during pregnancy can also stress the area, leading to piriformis syndrome.

Overuse or an injury can cause piriformis syndrome, but in most cases the cause is not clear.

If you do a lot of running or other repetitive movements, you could be putting pressure on the muscle and causing it to tighten. Professional drivers, skiers, tennis players, and long-distance bicyclists are at an extra risk for piriformis syndrome.

When you think of osteoarthritis, you may think of aching knees or hips, but your back is not exempt from this most common kind of arthritis.

Spinal osteoarthritis is a degenerative joint disease that causes a breakdown of the fibrous cartilage in the facet joints connecting your vertebrae. Without the cushioning provided by the cartilage, your bones rub together, leading to changes in the bones’ shape. In the spine, bone spurs can develop on the vertebrae.

Joint degeneration can occur in many parts of the body, so spinal osteoarthritis pain may be felt in your upper or lower back, neck, shoulders, groin, buttocks, or even the back of your thighs. Symptoms vary, but often include back stiffness and pain in the morning after getting out of bed and a dull ache, with occasional flares of severe pain.

Stretches, water therapy, and physical therapy are usually favored over surgery for osteoarthritis. 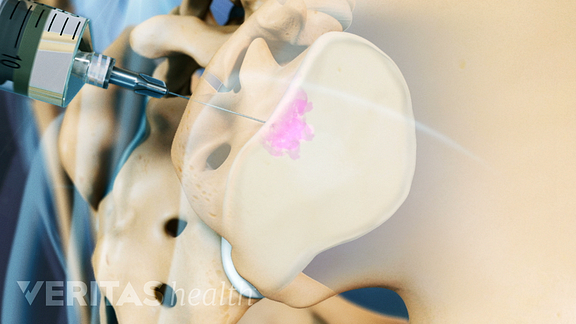 A sacroiliac (SI) joint injection is used either to diagnose or treat low back pain and/or sciatica symptoms associated with sacroiliac joint dysfunction.

Your sacroiliac joint, also called the SI joint, plays a crucial role as a shock absorber between your upper body and your pelvis. When something goes wrong, triggering pain, you have a condition known as sacroiliac joint dysfunction, or SI joint pain.

Low back and leg pain, similar to that experienced with sciatica, are common. Other symptoms include pain on one side of your buttocks or low back that radiates down the leg, ending either just before the knee or continuing into the ankle or foot. Pain is usually worse after you stand for an extended time, bend, or climb stairs.

Doctors aren’t certain what prompts sacroiliac joint dysfunction, but a change in the pattern of movement in the joint is generally suspected.

Sacroiliac joint dysfunction is more likely to occur in young and middle-aged women. While more women than men have SI joint dysfunction, estimates of the extent of the disparity vary widely.

The impact of pregnancy is one reason women are more likely to have sacroiliac joint pain. During pregnancy, the body releases a chemical that relaxes the ligaments and joints, allowing more space for the baby during childbirth. The pressure and weight of the baby can also stress the pelvis. SI joint pain can occur during pregnancy and the effects on the ligaments may linger after birth. An accident, such as a fall, may also harm the ligaments.

Chronic pain is not only more common in women than men, the symptoms are often more severe. Awareness of a chronic condition is the first step toward early treatment to ease your pain and help keep the problem from getting worse.