Arthritis is the inflammation of the joints. It is usually painful. It can cover several joints (when it is known as oligoarthritis) or just one (monoarthritis). There are many different types of arthritis. So far over 100 types have been identified.

Causes can be metabolic problems such as gout, they can be hereditary issues, or they can be illnesses or malfunction of the autoimmune system as in the case of rheumatoid arthritis.

Instances of rheumatoid arthritis can further impact on organs such as the lung and kidneys.

Rheumatologists (arthritis specialists) may need to conduct a number of tests to diagnose arthritis and such tests may include blood, urine, and joint fluid tests as well as X-Rays.

Symptoms of arthritis include joint pain, stiffness, inflammation, swelling or simple tenderness. If it is in the hand, there can be a weakness of hand grip. Patients can experience swollen lymph nodes, weight loss, fatigue and even fever.

The main treatments for Arthritis are to deal with the pain and inflammation that are caused but also to minimise and slow the deterioration and damage of the joints which happens through the activity of the disease.

Mild forms of arthritis can be treated with standard over the counter pain relief such as paracetamol or ibuprofen taken on a regular basis and only within the stated dose to keep the pain in check.

Non-steroidal anti-inflammatory (NSAIDs) are the standard medicines prescribed to combat pain and inflammation caused by arthritis and common types of these are naproxen or a COX2 inhibitor. In cases of rheumatoid arthritis drugs such as methotrexate, plaquenil and sulfasalazine which are Disease-modifying anti-rheumatic (DMARDs) drugs are more commonly prescribed as a treatment as well as reducing pain and inflammation. They can slow the progression of the disease as this form of arthritis can cause major damage to joints causing deformities and lack of mobility in the long term.

Injectable medications are also used as treatment especially in the case of severe pain where an opioid would be used but due to the addictive nature of these drugs use is limited and closely monitored. Where direct delivery of a drug into the inflamed and painful joint is needed a Corticosteroids drug is used but again this is not used long term as it can only be administered every couple of months and there can be side effects.

Longer term injectable drugs such as biologics and immuno-suppressants are another treatment offered and can be very effective in patients with severe pain and inflammation and can be used in line with a NSAID drug. However, due to the fact that these drugs work by suppressing your immune system to stop the inflammation and degeneration of joints it lessens the immune system so a patient is more susceptible to infections and for that same reason they cannot be used with people who already have a compromised immune system.

With arthritis it is likely that at some point surgery will be required as a treatment due to bone erosion such as with osteoarthritis where knee and hip joints in particular need to be replaced with a mechanical joint.

In the case of rheumatoid arthritis surgery can also take the form of joint replacement but initially they may perform a procedure known as arthroscopy where a surgeon will go into the joint to check its condition and if a full joint replacement is required. During this procedure they can decide they just need to perform a debridement and lavage which is clearing up any loose pieces of bone or cartilage which may floating around in the joint and causing the pain and inflammation. This solves the problem without full replacement. 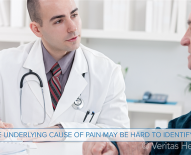 Why is back pain difficult to diagnose?